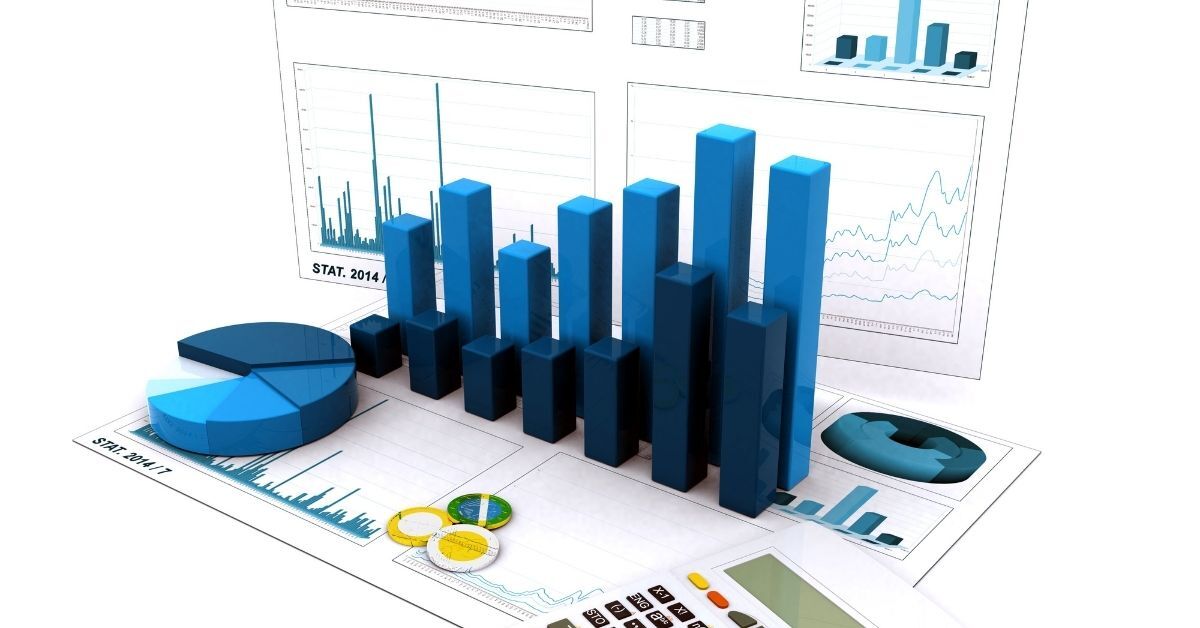 Ratio analysis can provide insight into companies performance by comparing its performance and financial health over time. At the same time, it assesses how well a company performs in comparison to other companies in the same industry. Ratios are used by companies for comparisons. They evaluate stocks in a certain industry. They also compare a company’s present performance to its historical performance. In most cases, understanding the elements driving ratios is also crucial because management has the opportunity to change its strategy to make its stock and company ratios more appealing.

What is ratio analysis?

The quantitative interpretation of a company’s financial performance is called ratio analysis. It is a key instrument that every company uses to determine financial liquidity, debt burden, profitability, and how effectively the firm operating in the market in comparison to its competitors.

Owners, consumers, managers, suppliers, vendors, lenders, regulators, and competitors all use financial ratio analysis to communicate an organization’s financial health and performance. This is accomplished by analyzing data contained in a company’s financial statements.

The many forms of financial ratios can be broadly categorized into the following five groups based on the data sets provide.

Current ratios show the company’s ability to satisfy its obligations over the next 12 months. The greater the current ratio, the more potential the corporation is for meeting its current obligations. A very high current ratio, on the other hand, indicates that a lot of money is locked in receivables that may not be realized in the future.

Quick ratios show how many liquid assets(excluding inventory)  the corporation has on hand to pay down its immediate liabilities. The quick ratio is regarded to be a more conservative metric than the current ratio because it considers all current assets and current liability coverage.

Solvency ratios are also known as leverage ratios. These sorts of ratio analyses indicate whether the company is solvent and capable of repaying its lenders’ debts or not. it is one of the metrics used to determine whether a corporation will be able to stay solvent over time. As a measure of financial strength, a greater or strong solvency ratio is recommended.

The two forms of solvency ratios are debt-equity ratios and interest coverage ratios.

The interest coverage ratio determines how much of a company’s available earnings can be used to meet current interest payments. It’s better to have a higher ratio. If the ratio goes below 1.5, it may indicate that a company will have difficulty meeting its obligations’ interest obligations.

Where EBIT is earnings before income and tax.

The profitability ratio indicates the Returns on Capital Invested generated by the business. Higher ratios are often more favorable, but when compared to similar companies’ results and the company’s own historical performance, these ratios provide much more information.

The most frequently used profitability ratios are;

The gross profit ratio determines how much profit a company makes as a percentage of total revenue. It calculates the difference between gross profit and sales revenue. A high gross profit ratio indicates that core activities are more efficient, allowing the company to meet operating expenses, fixed costs, dividends, and depreciation while still generating net earnings. A low gross profit ratio, on the other hand, shows a high cost of goods sold, which can be caused by poor purchasing policies, low selling prices, low sales, severe market competition, or ineffective sales promotion techniques.

The net profit margin is a financial metric that measures how much profit a company makes as a percentage of total revenue. It gives a complete view of a company’s profitability after all expenses, such as interest expenses and taxes have been deducted. One of the drawbacks of these metrics is that it is more difficult to compare a firm’s performance to that of its competitors.

The Operating Profit Ratio is a metric that is used to evaluate the relationship between operating profit and net sales. This method helps the company by comparing its operating profit to the revenue it will generate.

ROCE is a profitability statistic that shows how successfully a company can use its capital, including both debt and stock. When two companies have comparable revenues but different returns on capital employed, the company with the greater ratio is a superior investment for investors.

The quantity of assets or liabilities which a company substitutes in relation to its sales is referred to as a turnover ratio. The turnover ratios show how effective or efficient a company’s management is. A greater asset turnover ratio is generally regarded as positive, as it indicates that receivables are recovered swiftly, fixed assets are intensively employed, and surplus inventory is kept to a minimum.

The forms of turnover ratios are noted below;

The inventory turnover ratio calculates how much inventory must be kept on hand to support a certain level of sales. The type of operating process flow system utilized, the presence of old inventory, management’s strategy for satisfying, and the usage of manufacturing outsourcing, among other factors, can all have an impact.

The market value ratios are the financial measurements that are used to analyse the stocks’ worth of publicly traded corporations. These ratios can be used to determine if a stock is overvalued, undervalued, or priced in line with the market. These ratios aid in the decision-making process when it comes to investing in company stocks.

Price-to-earning ratio is the most commonly used and significant ratio in this category. It determines if the stock is overvalued or undervalued in relation to its earnings potential. It is calculated by comparing the current share price to the per-share earnings reported by the company for the previous financial period.

Earning per share ratio depicts the company’s earnings during the analysis period in relation to the number of outstanding shares at that time. This ratio aids in determining whether or not investing in it is worthwhile.

Return on net worth

It reveals how much profit the company made with the capital it invested from both equity and preference shareholders.

What is the importance of ratio analysis?

You can get a bird’s eye view of how well your company is operating when compared to other participants in the industry by looking at vital financial details like current ratio, debt to equity, inventory turnover ratios, and so on.

Determining problems: Even if overall performance appears to be satisfactory, there are frequent problems that require management’s attention. Ratio analysis helps to identify those problems.

Financial Planning: Financial planning is done to help a company accomplish its strategic objectives. You try to measure your actual performance after you’ve met your goals. Ratio analysis is the most crucial method for analyzing performance, identifying strengths and shortcomings, and highlighting areas for improvement.

Assess efficiency: It gives a wide picture of the company’s health, financial stability, and market value. Profitability and solvency ratios are used to evaluate a company’s overall performance.

Comparing performance: One of the most important benefits of ratio analysis is that it makes it easier to compare two firms. It also aids in determining if the company is overvalued or undervalued in comparison to its peers.

Analyzing past results: Another benefit of ratio analysis is that it aids in comprehending the many relationships and interconnections in previous data as well as analyzing the outcomes.

How ratio analysis is important in decision making?

Financial ratio analysis provides essential information to managers who must make decisions for the company and also the external parties such as investors who need to assess the company’s financial health and the competitors.

Financial managers: Ratio analysis is a powerful and useful tool for financial analysis. They require the data that financial ratio analysis provides on the performance of the business’s many financial operations.

Analysts: Analysts are primarily responsible for crunching the numbers in the company’s data. In cases where a company’s performance is declining, ratios provide an early warning. Ratio analysis is used by analysts to assess how well a company manages its inventories.

Investors: Potential investors require financial information derived via ratio analysis to decide whether or not they want to invest in a publicly-traded company or one financed by venture capital.

Competitors: Other businesses consider information about their industry’s competitors to be crucial to their own competitive strategy and to make many important decisions. 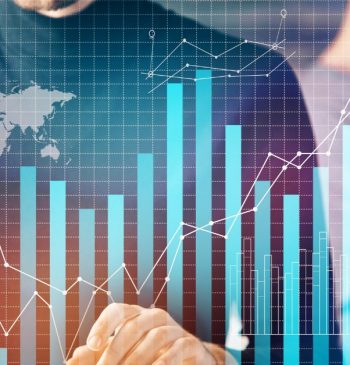 What is the Role of Modern Technology in Accountin 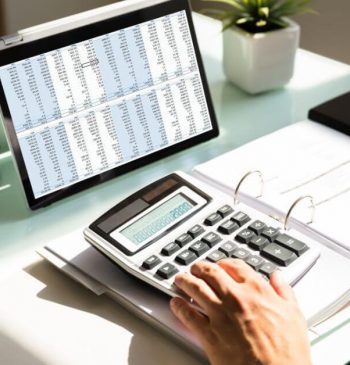 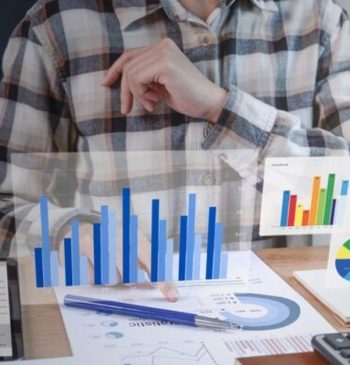