Calculations and Interpretations of Ratio Analysis 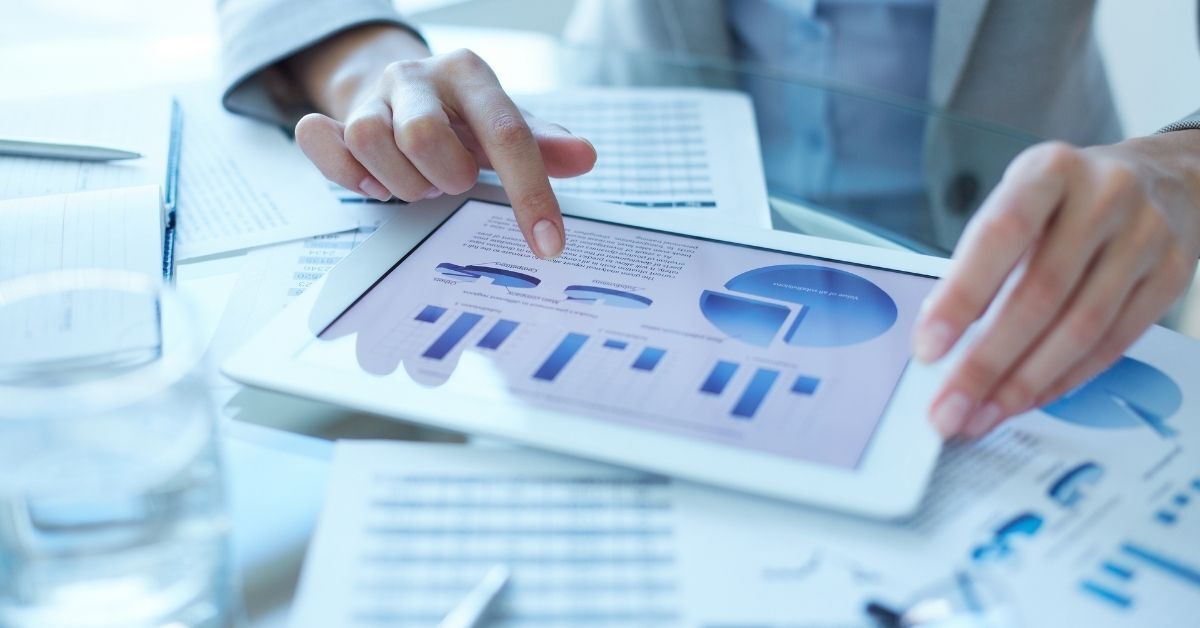 By examining financial statements including the balance sheet and income statement, ratio analysis is a quantitative approach to acquiring insight into a company’s liquidity, operational efficiency, and profitability. Fundamental equity analysis relies heavily on ratio analysis. Calculations and interpretations of ratio analysis are vital instruments that every company uses to determine financial liquidity, debt burden, profitability, and how effectively the firm is located in the market compared to its rivals.

The Current ratio refers to the current asset-to-current-liability ratio. This ratio assesses a company’s capacity to meet its existing liabilities with current assets. A high current ratio is a positive indicator for a corporation. Creditors are more ready to give credit to people who can demonstrate that they have the financial means to pay back their debts.

To find the current ratio let’s consider below balance sheet of the company ABC;

To find out the current ratio, we need to know the values of current assets and current liabilities. From the above-given balance sheet of company ABC, the values are;

The current ratio ranging from 1.5 to 3 is considered healthy in general. Liquidity concerns are typically indicated by ratios less than one, while working capital management issues are characterized by ratios more than three. A corporation with a current ratio of less than one has insufficient current assets to meet its current financial obligations.

For example, the current ratio for ABC company is 0.5, which indicates liquidity problems. For every $1 of current liability, the company has $0.5 of current assets available to pay for it.

The quick ratio or the acid-test ratio, is a financial ratio that assesses liquidity by examining current, more liquid assets. It is calculated similarly to the current ratio, except that inventory and prepayments are not included.

The formula for quick ratio

From the balance sheet of the company ABC, the required values to find a quick ratio are as follows;

The quick ratio for company ABC is 0.22, which indicates that the company does not have sufficient assets to cover liabilities. In other words, for every $1 of current liability, the company has $0.22 of quick assets to pay for it.

The formula for debt-equity ratio

ABC Company’s debt-to-equity ratio is 0.90, or 0.90:1. It signifies that the liabilities are 90 percent of the stockholders’ equity or that creditors provide 90 cents for every dollar that stockholders provide to fund the assets. Creditors prefer a low debt to equity ratio because a low ratio (less than 1) indicates that their money is better protected.

The Interest Coverage Statistic (ICR) is a financial ratio used to assess a company’s ability to pay interest on its existing obligation. Creditors and investors use this calculation to determine a company’s profitability and risks.

The formula for interest coverage ratio

Company ABC is a business that makes cookies and ships them across the city. The company owners want to expand their business, but they don’t have the funds to purchase more machines. Thus, they go to several banks with their financial statements to get the funding. The company’s earnings before interest and taxes are $47,000, and interest and taxes are $8,500 and $5,000, respectively.

The bank would compute the interest coverage ratio like this:

In the above example, the company has a ratio of 5.52. This means that the company makes 5.52 times more earnings than current interest payments. Therefore, they can well afford to pay the interest on existing debt and its principal payments. This ratio is a good sign as it shows that company risk is low and operations produce enough cash to pay bills.

The formula for gross profit ratio

For example, let’s assume that a leather jacket maker might sell one jacket for $100. They spent $60 to buy raw materials and paid for labor.

The formula for net profit margin

For example, company ABC has a net profit of $68,00 in its most recent month of operations however, during that time, it had sales of $15,000.

Thus, its net profit margin is:

A net profit margin of more than 10% is significant, though this varies by industry and corporate structure. For example, the net profit margin for company ABC is 45.3% which means that it is efficient at running its operations and turning revenue into net income.

The operating margin of a company, also known as return on sales (ROS), is a strong indicator of how effectively it is managed and efficient at creating profits from sales. Investors and lenders pay special attention because it reveals the proportion of revenues available to cover non-operating costs such as paying interest.

The formula for operating profit margin

High operating margins compared to the industry average, or margins rising upward over time, show management’s efficiency in growing operational profits. Low operating margins and deteriorating margins, on the other hand, could indicate underlying problems in the company’s future trajectory, such as inadequate growth strategies and wasteful capital allocation.

The operating profit ratio for ABC company is 66%, indicating that the company has better management and uses its resources efficiently.

The formula for return on capital employed

To calculate the return on capital employed, let’s consider the following values of revenue, COGS, and operating expenses from the income statement and values of total assets and total liabilities from the balance sheet;

First,find the value of EBIT;

Then, find out the value of capital employed;

A higher ROCE is usually preferable because more earnings are earned per dollar of invested capital. In the above example ROCE of 34% means that for every dollar invested in capital, the company generated 34 cents in operating income.

Suppose the values of gross sales, sales returns, fixed assets, and accumulated depreciation of company ABC are as follows;

The time it takes for an item to be purchased by a corporation to be sold is referred to as inventory turnover. A complete inventory turnover indicates the company sold all of the stock it bought, minus any items lost due to damage or shrinking.

The formula for receivables turnover ratio

In general, the higher an organization’s accounts receivable turnover ratio is, the more efficient it is at collecting cash payments for credit sales. If the company’s accounts receivable turnover is low, the collection operations will most likely need to be tweaked to address late payment difficulties. Inefficient collection procedures, such as tax credit standards and the absence of severe creditworthiness evaluations, contribute to low A/R turnover.

The price-to-earnings ratio of a firm is a method of determining whether the stock price is high or low in comparison to the past or to other companies. Divide the current stock price by the current earnings per share to get the ratio. Earnings-per-share is calculated by dividing the previous year’s earnings by the number of outstanding common shares.

For example, at the end of the year 2021, company ABC closed the year showing the following:

In general, a high P/E ratio indicates that investors expect stronger future growth. The market P/E ratio is typically 20-25 times earnings. The predicted P/E ratio can be calculated using estimated earnings. A P/E ratio is not used by companies that are losing money.

The company ABC in the above example, was valued at about five times its earnings. However, until it is compared to anything else, the 5 P/E is not a useful metric. The stock’s industry group, a benchmark index, or the stock’s historical P/E range are all popular comparisons.

The formula for ESP

Higher earnings per share ratio are usually preferable to a lower ratio since it indicates that the company is prosperous and has more profits to deliver to its shareholders. Quality’s EPS for the year 2022 0f company ABC is $1.05. This means that if Quality distributed every dollar of income to its shareholders, each share would receive 1.05 dollars.

Return on net worth

The return on net assets (RONA) metric compares net profits to net assets to determine how effectively a company can benefit from its asset base. It can also be used to compare a company’s performance to its peers. A high asset-to-profit ratio indicates that management is doing a good job.

The formula for return on net worth

The RONW will be,

A rising RoNW indicates that a business is improving its ability to create profit while using less capital. It also refers to how effectively a company’s management is utilizing its owners’ capital. In other words, the better the company prospectus, the greater the RoNW. Conversely, falling RoNW is a common issue.

The forms of ratios analysis listed above are some of the types that a company might employ for its ratio analysis. Ratio analysis calculations and their interpretations are an essential tool for any type of strategic business planning by the company’s top management. 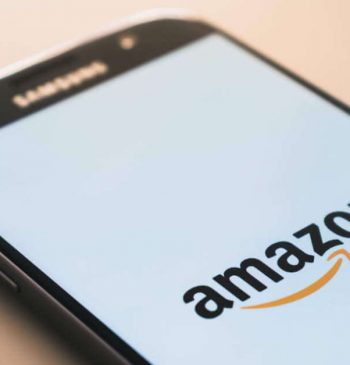 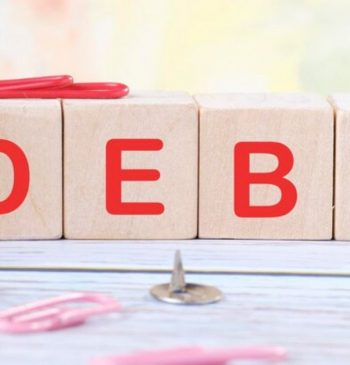 What is a debt instrument? 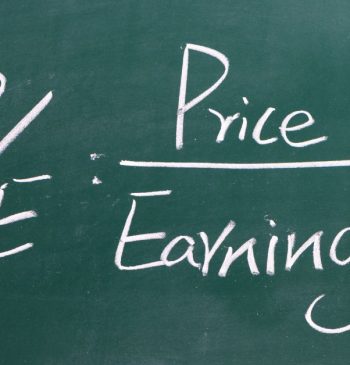